Jordi Pigem (Barcelona, 1964) is one of our country’s most important science-philosophers. Specializing in the work of Raimon Panikkar, he coordinated the magazine ‘Integral’ between 1989 and 1992 and he taught at the Philosophy Area of the Masters in Holistic Science at Schumacher College (Plymouth University, UK). He was awarded the Philosophy Prize by the Institute of Catalan Studies (IEC), and has written many award-winning essays (Ressurgence or the Joan Maragall). His work discusses ecology, systemic thinking and the relation between consciousness and technology. He has written several books, amongst them ‘Vital Intelligence: a post-materialistic vision on life and consciousness’ (Kairós, 2016) or ‘Angels and Robots: human inner landscapes in hyper-technological societies’ (Viena Edicions, 2017). Living in L’Escala for over 14 years now, we meet him in the Hostal Empúries on a bright April morning.

Post-materialism is a term that has been used by sociologists for more than 40 years to describe certain values focused on human participation, interest in ecology and respect for diversity, in contrast to the so called materialistic values, centered in economic and military security. The world-view in recent centuries stems from the idea that there only exists what you can touch and count, and two of the fathers of modern science have said so: Galileo and Descartes. According to that perspective (which has ultimately defined the Western view of the world), concepts such as length, weight and acceleration are ‘real’ values, whereas colours, smells and tastes, beauty and justice, pleasure and pain are lesser subjective ones. Post-materialism, along with avant-garde science, foregrounds all that is qualitative and intangible, such as human interiority, instead of those materialistic ideals of control, quantification and possession.

What do you mean by ‘vital intelligence’? Could you give us an example?

This concept was born after reading the most rigorous scientific magazines, such as Nature or Science. I reached the conclusion that what defines life is intelligence, that is, the capacity for finding new answers to unprecedented situations. It’s been proved that plants have memory and learning skills and that unicellular beings can find the most effective exit to a labyrinth. Machines or robots — the so called «artificial intelligence» — are no more than the mechanical application of algorithms and pre-programmed rules. Like a plastic flower isn’t really a flower, AI is only an apparent form of intelligence. For instance: Google translator will never be able to translate a poem as well as a human being would. To translate a line you need to understand it first. And machines don’t understand. They don’t have experience or interiority. Moreover, some plants, animals or unicellular beings are able to find solutions to problems that we humans wouldn’t be able to solve. ‘Vital intelligence’ is a way to re-discover the wonder of the natural life force, and to break the mirage that machines can be like us.

Then plants, bacteria and other animals are conscious beings?

Cambridge Declaration on Consciousness (2012), signed by some of the best neuroscientists in the world and also by Stephen Hawking, states that it has been proven that mammals and birds have similar neurological capacities and moods to us. What’s clear is that the degree of human self-consciousness is higher than in other beings. Our language is a much more sophisticated creation than that of whales’ or dolphins’. But that’s not to say that all beings don’t have an awareness of the outside world — even unicellular beings use environmental sensations to orient themselves towards what’s beneficial rather than toxic.

How can we apply the post-materialistic values to our daily experience?

Firstly being more aware of the local world: protecting and caring for the closest ecosystems, taking care of what’s genuine in our land. And secondly — and this is more subtle, less evident — developing our intuition and interior lives. That’s linked to an idea that Raimon Pannikar used to call ‘ecosophy’. He said that as well as ecology we need ecosophy. Ecology is the science of ecosystems, whilst ecosophy is the wisdom that integrates this knowledge. Ecosophy is a deeper perspective on our relationship to the world.

Finally: what’s your vision of Empordà?

I was born in Barcelona, but from my dad’s side both my grandparents came from Empordà. After teaching in the UK, when I had to come back, I realised I preferred to be here than in the big city. L’Escala is a privileged place between the Pyrenees and the Mediterranean with treasured Greek and Iberian roots, both cultures with a huge legacy of inscriptions we aren’t yet able to understand. In L’Escala we have the blue of the sea, the green of the pines and the white snow on Canigó’s peak. We also have more noise and building-work each year, but there still remains some of the charm that has attracted so many people here throughout history! 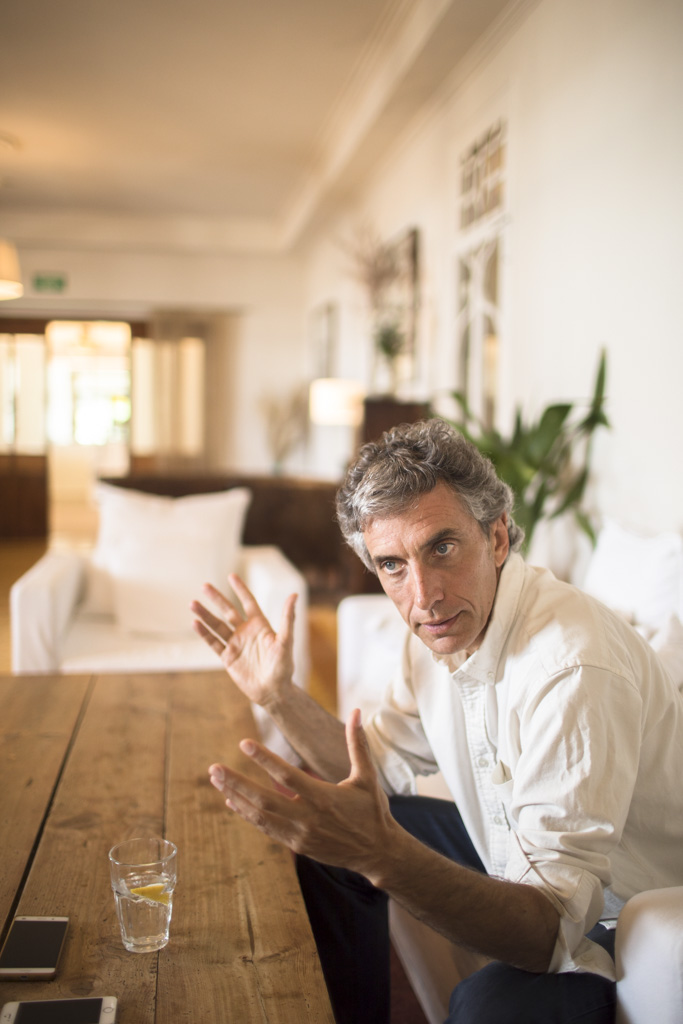 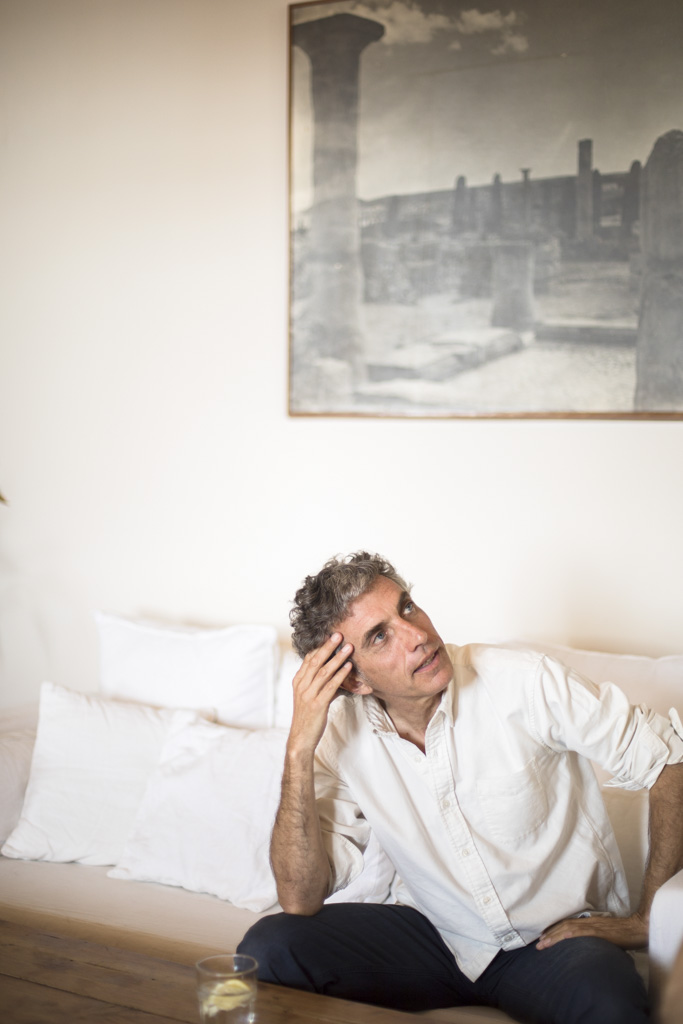 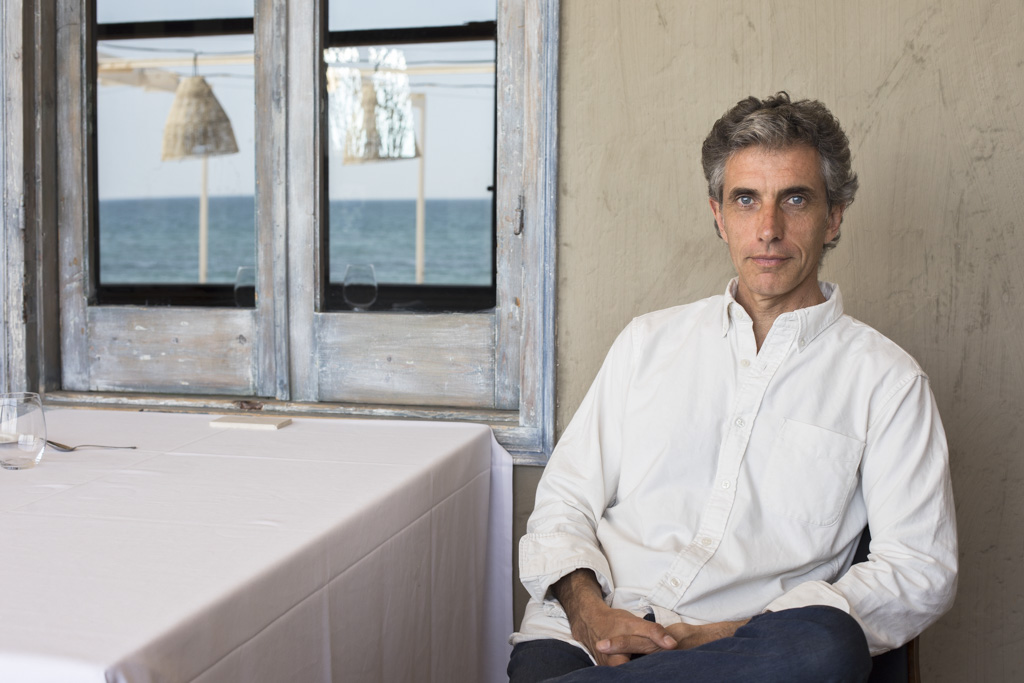 WITH ITS OWN SPECIAL LIGHT AND MAGNETIC PERSONALITY