THE WOMAN FROM THE ALBERA
By Emma Aixalà Photo Andrea Ferrés

She has a noble, transparent, silent, and discreet gaze illuminated by the light from the mountains she calls home where she is committed to a species that is in danger of extinction, the Albera cow.

Marta was born in Barcelona. She is a biologist who holds a doctorate and a post-doctoral degree. She worked in research for years, then said goodbye to it to fully to fully devote herself to rural life in these mountains separating the Alt Empordà from Northern Catalonia. Part of the small municipality of Espolla, the hamlet of Baussitges became the center of her world. The area was familiar to her because her family had roots here. She never tires of explaining that the Albera cow is an indigenous species that has not been bred with others, a rustic, strong, resistant, clever, and agile cow. If it has to jump, it jumps, because it's smaller than the cows we typically see. It even feeds differently, like wild herbivores: it eats grass, but also branches, shoots, sprouts, and wild fruit. It is highly adapted to the mountains and is considered an undergrowth remover, making the breed a very effective tool in fighting against forest fires. Due to its ecological function, protecting this cow means protecting the landscape, along with Marta's personal commitment to getting rid of the "endangered" label. The breed's disappearance, she says, would imply a great loss of knowledge, decreased natural diversity, and fewer people being able to develop livestock projects.

Neither water nor pastures

The herd of cows in Baussitges currently numbers around 500, with about 1 male for every 25 females. In spring and summer the cows head to the peaks, but in the late afternoon they descend to the farm's valleys and roam here. This means they need water and pastures to complete their grazing. Water is an increasingly scarce natural resource and must be brought here if there's a drought, and the farm has 20 hectares of pastures although the ideal would be 200. It’s not a minor issue. Every year, the females breed and only the males are destined for meat consumption. Therefore, the herd is growing, increasing the risk of land overexploitation, and breaking the delicate natural balance. Marta explains this without losing her smile, nor does she frown when she says two words that could unfortunately go together: future and ruin.

No matter how much desire and excitement you have, you must find financial resources and the right people: money to help with recovering old fields and pastures that are now unusable, and people who are encouraged to take cows to their properties to clean up forests and to their farms to take advantage of both a prized and unfamiliar organic meat. There are already some Albera cow herds throughout Catalonia, but not enough.

The Association's role in sharing information

A few years ago Marta and her partners created the Baussitges Association of Friends of the Albera Cow, a non-profit organization that ensures the conservation, growth, genetic improvement, and promotion of this species. The association decides whether animals should be transferred to new owners and has turned the traditional cowbell headcount day in the month of February into an open event ending with a friendly lunch. This meal is held after the cows have passed the health checks, the livestock farmers have received information, and the media has been addressed. Because sharing information is essential. Only by sharing information will interest be aroused, alliances and commitments formed, and more resources made available, expanding the path towards the restaurant industry, butchers, and individual consumers. The combination that Marta seeks is both extremely simple yet quite complicated. It will prevent the loss of a nearly-forgotten cow breed somewhere in the Albera, a landscape that is alien to the rumblings of the world. 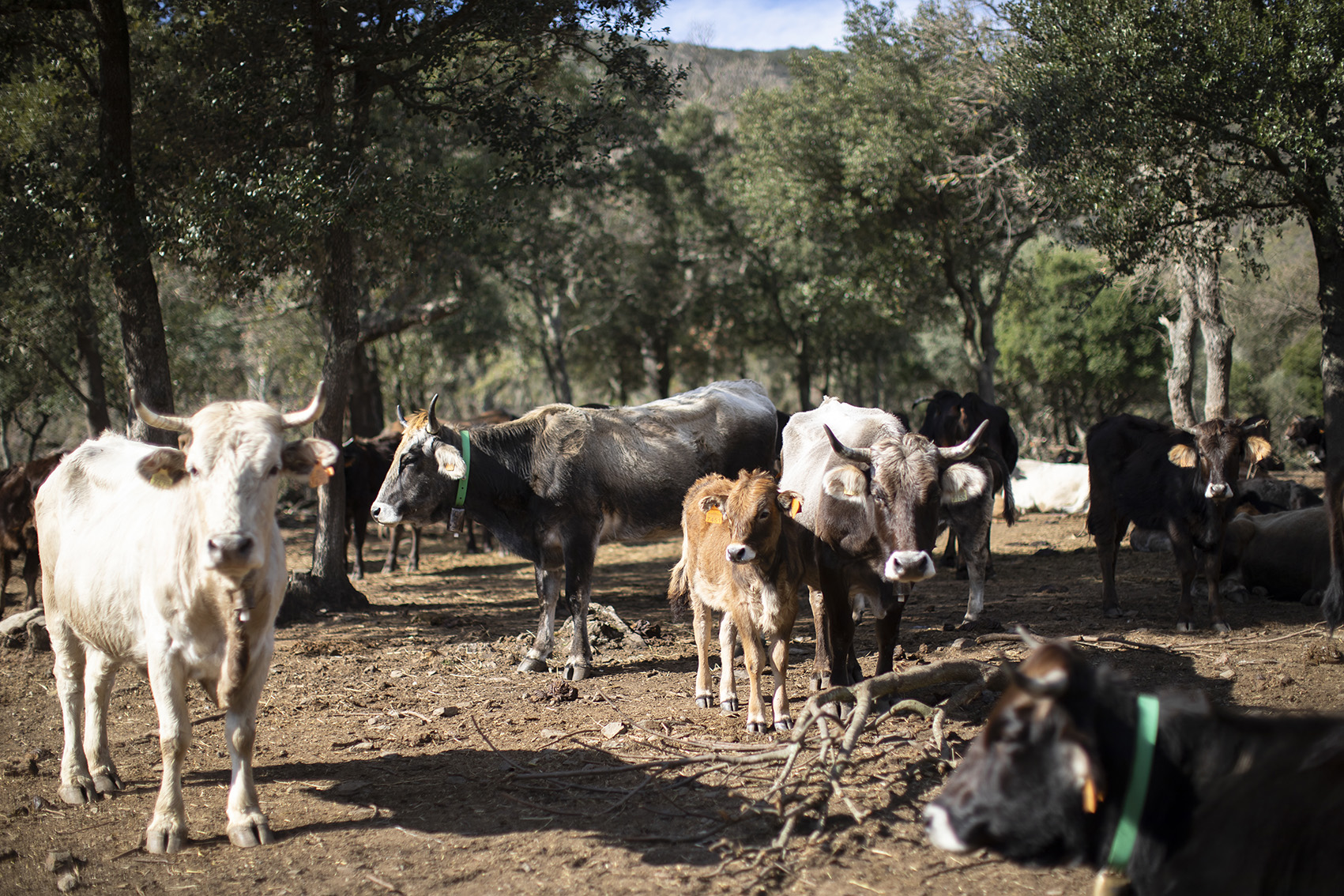 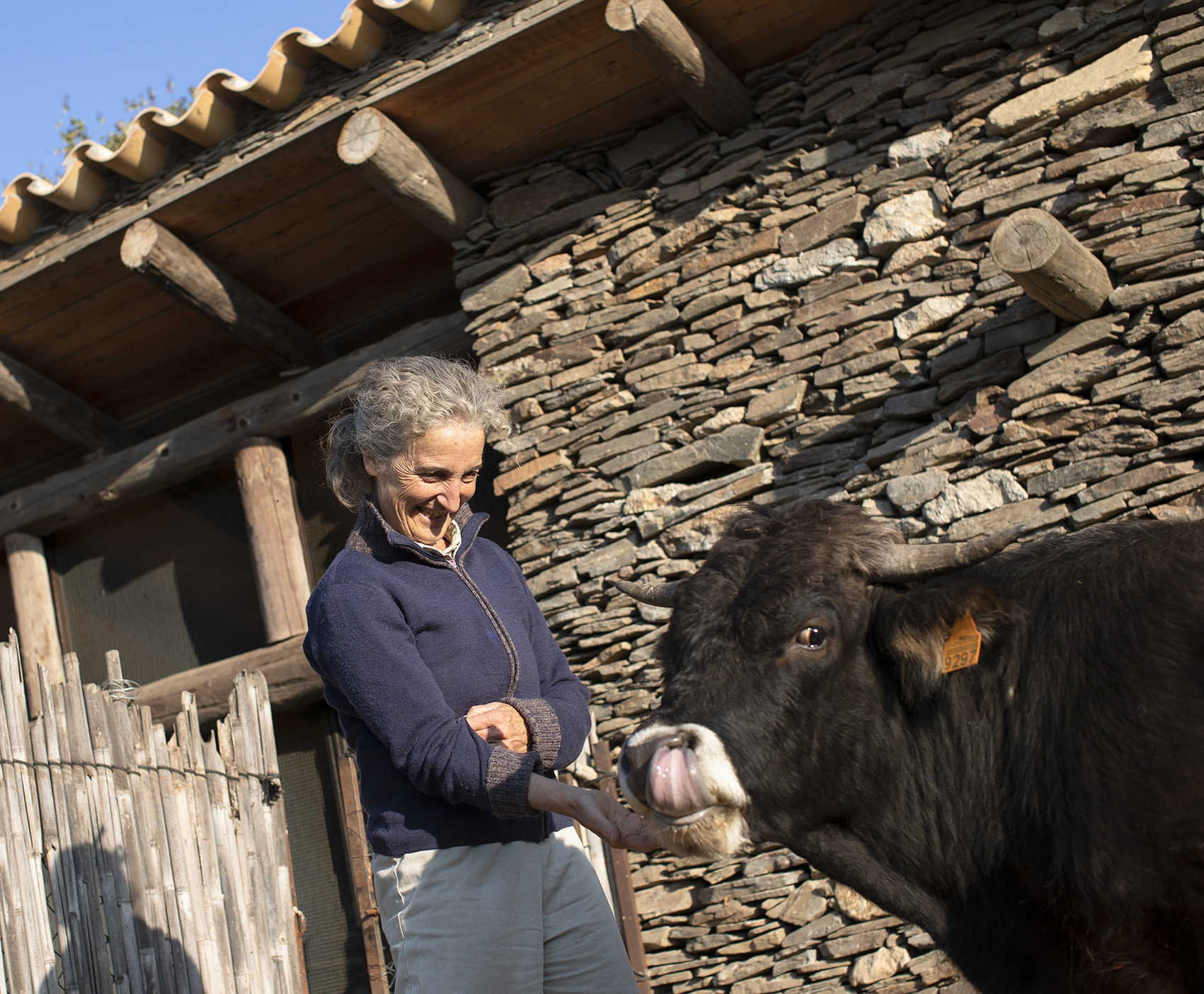 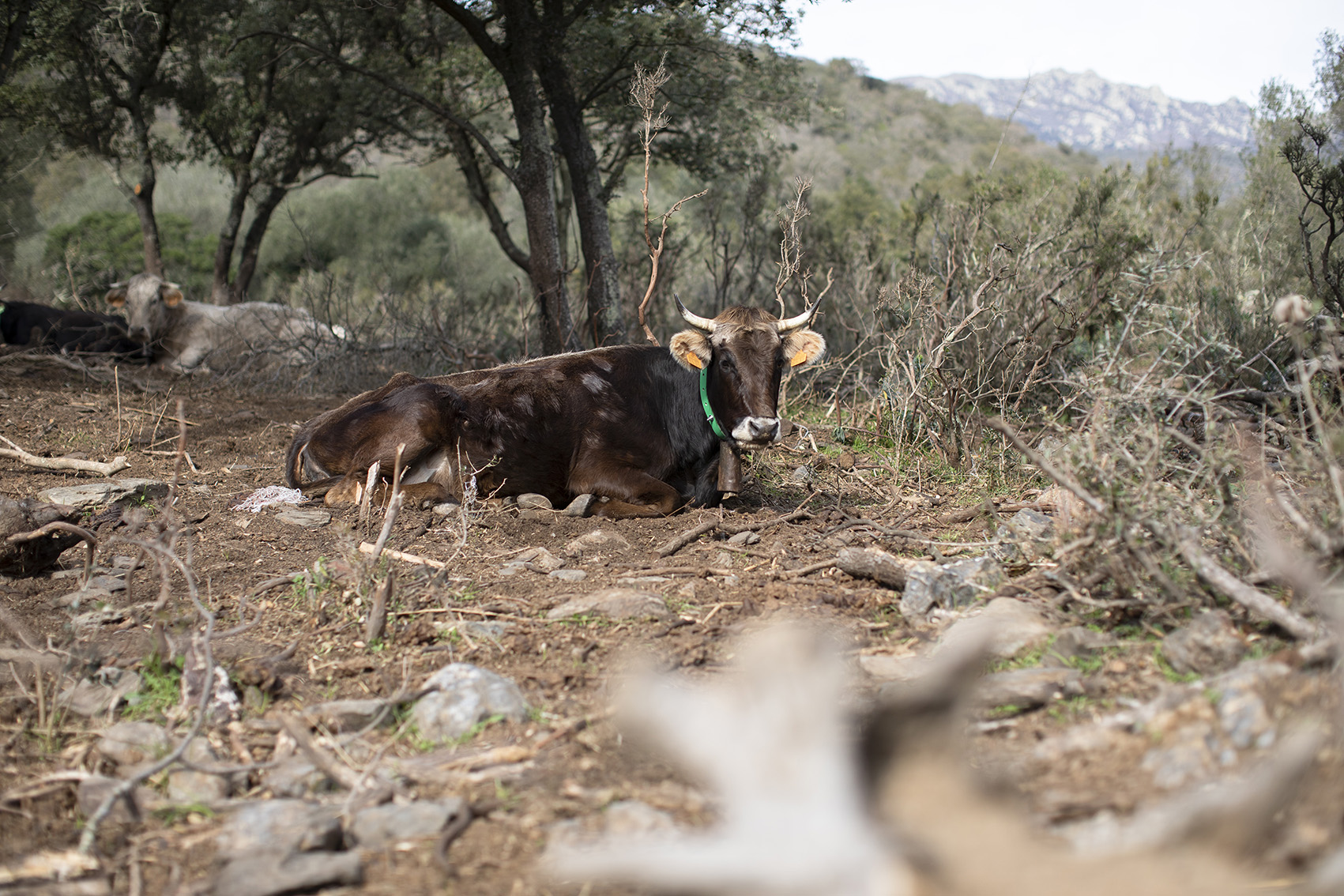