DO EMPORDÀ CHARACTER
By Emma Aixalà

The vineyards and the varieties are as unique as the land and their winemaking passion. These are the men and women of the Empordà Designation of Origin.

We observe the bottle's silhouette, the design of the label, the nuanced colors, the cork that has protected it, and when it’s finally in our glass, we close our eyes and let ourselves be conquered by a rush of aromas and flavors. This sip of happiness is more than just grapes: it's the land, sea, water, sun, and wind that sweeps over the vineyards and dries the hands of the workers who care for them. These men and women have a firm commitment and dedication no matter how hard the tramuntana winds are blowing. They support the old vines and boast of white, red, and black Grenache and Carignan. They have different ages and origins, separated by distances but united in the desire to bring wine culture to visitors, which they demonstrate through the top-tier wine tourism projects they’ve been offering for years. Their task is enormous, carried out under the umbrella of the Empordà Designation of Origin. Under the banner of their logo, we invite you to take a tasting journey with us.

CLOS D’AGON. We're in Calonge, in the Gavarres natural area near the sea. Wine has been grown here for over 500 years, and this winery was driven by a French couple in the late 1980s and relaunched later on by a group of Swiss friends. At Mas Gil, the team led by Miguel Coronado produces unique wines that exude respect, excellence, and terroir.

OLIVEDA. These wines are as firmly rooted in the Albera as the dolmen that guards over the estates in Capmany, Rabós, and Vilamaniscle. Three generations of the Oliveda family have been completely dedicated to the vineyards. This is how they describe their contribution to the land, the landscape, and the wine culture that Alfonso Freixa Oliveda has been guiding for years.

MAS VIDA. This winery in Cistella is the only one in the Alt Empordà municipalities known as Garrotxes d'Empordà. Mas Vida takes its name from the small hermitage on the outskirts of town, the Mare de Déu de Vida, but Maribel Riera and Adriana Fernández are the people who really make it shine. This mother and daughter duo make organic wine and olive oil using sustainable and regenerative agriculture.

SOTA ELS ÀNGELS. Seeking the sun, they left England and fell in love with Cruïlles. Just under Àngels hill and surrounded by a Mediterranean forest, Maria Jesús and Guy set out on a biodynamic adventure that follows the lunar calendar because, apart from producing divine wines, their dream is to live in a profound relationship with nature.

LA VINYETA Sheep, hens and a blue Mini Cooper blend into the landscape where the vineyard's grapes grow. The winery began its journey 20 years ago when Marta Pedra and Josep Serra bought two old Grenache estates in Mollet de Peralada. The agronomic engineering students began making their contribution to the world of wine in what has become a seductive, leading wine tourism project in the Empordà for which they have received countless awards.

ROIG PARALS. At the end of the nineteenth century, their great-grandfather Quim returned to the Empordà from northern Catalonia to replant Grenache after phylloxera had wreaked havoc. Now they are old vines with dry, twisting branches that dance with the passage of time alongside Santi Roig and Mariona Parals, this generation’s winemakers.

CELLER D’EN MARC. The Empordà captivated Nut and Marc as well. And not too long ago: it's been seven years since their first harvest by hand and six since they made their first wine. This Belgian couple settled in a beautiful fourteenth-century farmhouse in Bell-lloc, near Palamós, and planted vineyards on the surrounding estates that bear the names of their daughters. There can be no greater love.

MAS MARÈS, ESPELT VITICULTORS. Last winter their Instagram page read: "The Canigó is waiting for us, reminding us that we are merely passing through. The landscape is the most cherished legacy we have." Anna Espelt and her team take great care of this treasured land within the Cap de Creus Natural Park that they have turned into an ecological mosaic of vineyards, cork, pastures, and steppes.

MAS ESTELA. Also within the park, in the Serra de Rodes, the Mas Estela estate has been around for over a thousand years and continues to age in style. Currently, Núria Dalmau and Dídac and Josep Soto look after this unique haven of tranquility and wine, first through organic farming then with biodynamic wine.

CELLER MARTÍ FABRA. Under the Carreras farmhouse, the cellar is overflowing with barrels that silently protect wine that seeks excellence. The same family has worked the vineyards and wine in Sant Climent Sescebes for centuries, leaving a legacy of effort, work, respect, and passion for the Empordà above all. 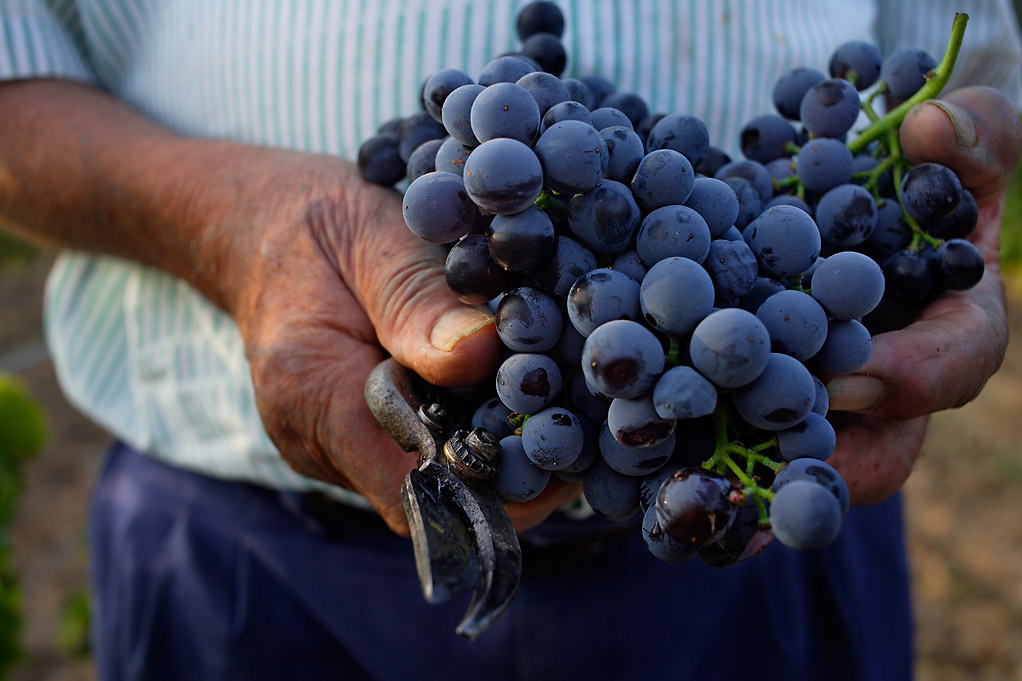